Ko Lipe is, without any doubts, a special island.
Sitting in the middle of the Adang-Rawi-Tarutao archipelagos, it is pretty small in size - only 2 km long and 1 km wide!! - but overflowing with tourist facilities and hotels. It has apparently evaded the national parks protection because it is home to a community of chow lair (sea gipsies) who were given the island by the king at the beginning of 1900. In the last 20 years, tourist development here has gone wild, with a concrete maze of cafés, shops, hostels and restaurants most lining its Walking Street, but also extending further along all three beaches.
What is most striking is the sea surrounding the island: its intense turquoise colour, the incredibly, amazingly, inexplicably super transparent quality of the water, and the shallow coral reef all around it. It is truly amazing that, despite the tourist numbers, the water is still pristine. Don't know how it is possible??!

We split our six nights on the island between Sang Chen hostel and Forra Bungalows. Sang Chen was meant to be our stepping stone onto the island, but we ended up staying for the duration of my weird flu episode, or whatever that was. First of all it was only 200m from the clinic, secondly, despite its problems, it was comfortable. It's problems were that 1) the room was very, very hot 2) the bar across the road played the most hideous, repetitive and loud tecno music until the small hours of the morning. Despite this, Sang Chen was good to us. As soon as they could, they moved us to a cooler room, and in the meantime they gave me a camp bed to put on the balcony so that I could get some air.

Therefore, our first three days went down a black hole. During those three days, Gregory roamed our stretch of street and made friends with all the vendors along it, as he was in charge of going out to fetch shakes and meals for us to eat in. He even got a Thai friend from London!

He also went for some room hunting and eventually found us a bungalow at Forra Diving - surprise surprise!! Forra Diving is on Sunrise beach, just behind the locals village, and really quite nice. You get a discount on your bungalow if you dive, but in the end Gregory only dived once, and got taken out by the current before he could even start, so the diving did not go too well here. 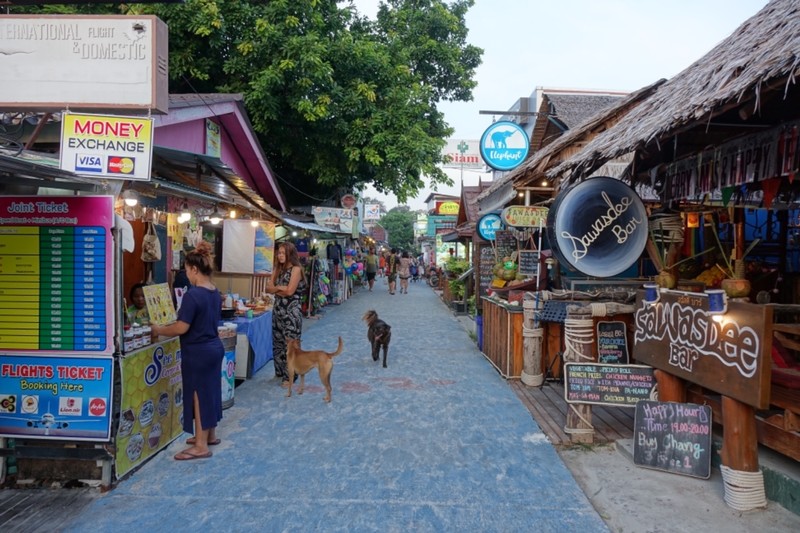 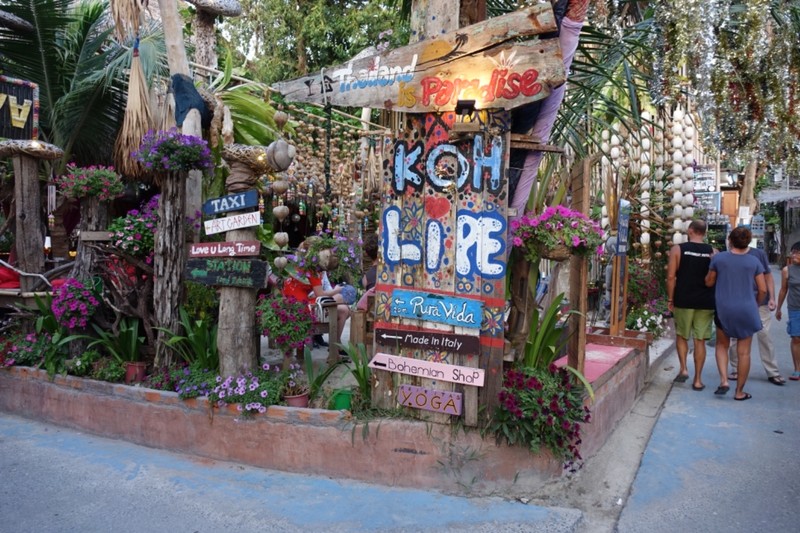 Our Forra bungalow, the Forra bar on the beach and the taxi boat station just opposite 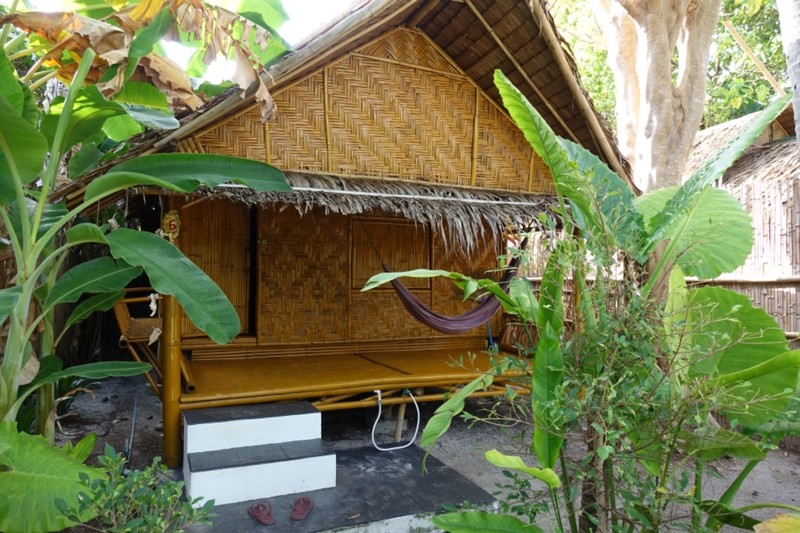 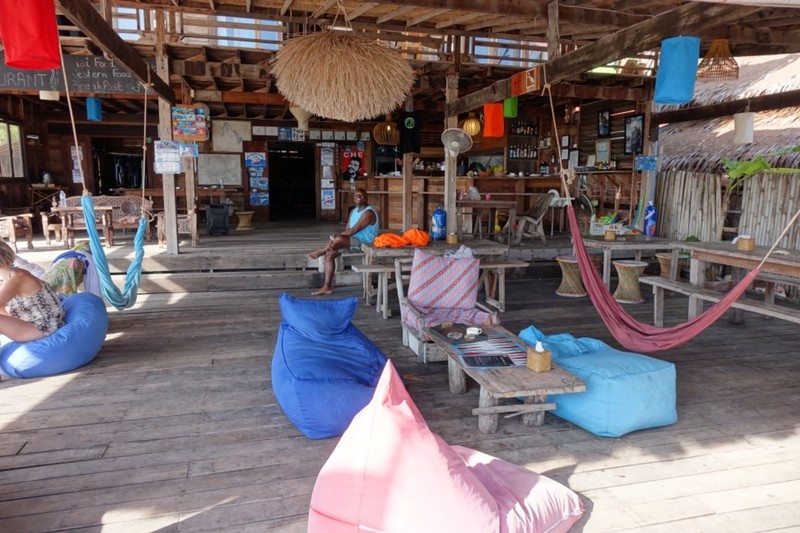 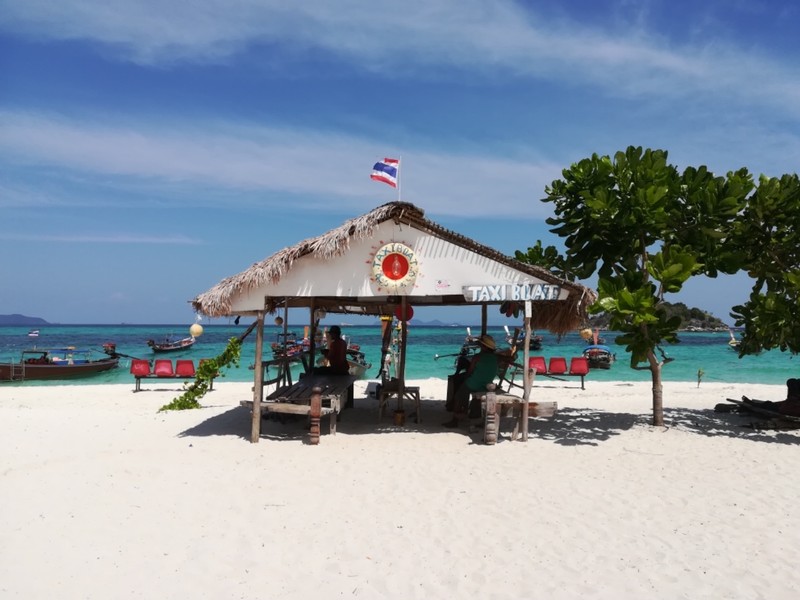 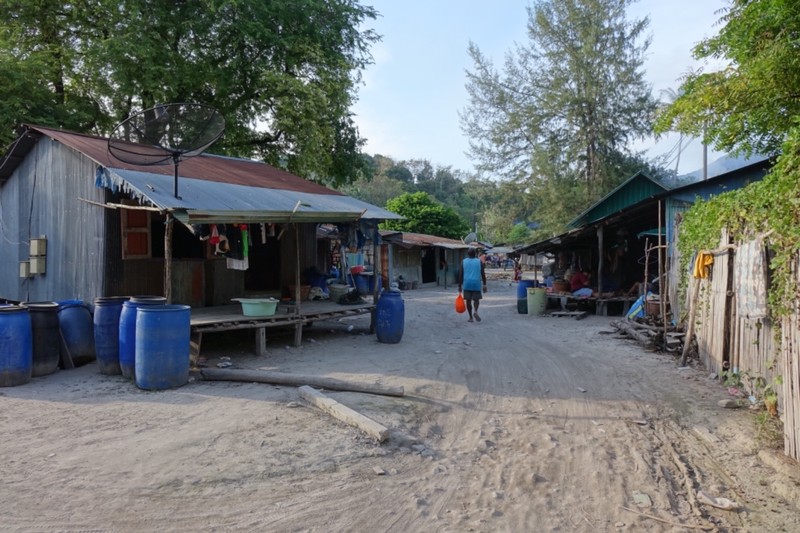 We managed to do at least one island hopping tour, which was very good. Tour B, as they call it, it took us to the farther small islands. I bought a silicone ear plug and joined in the snorkelling - it was just impossible not to. The reef here is very good, and visibility generally good too. 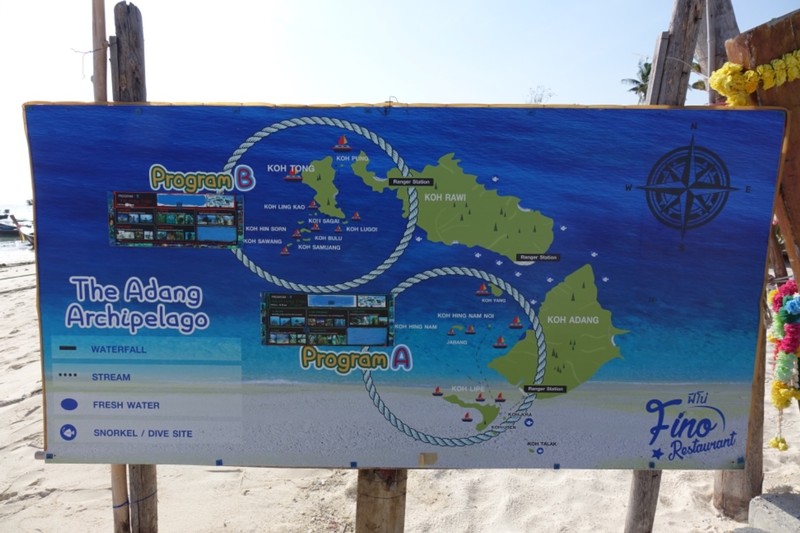 Boy, our tour guide, had to collect us by motorbike as the tide was too low for the boat 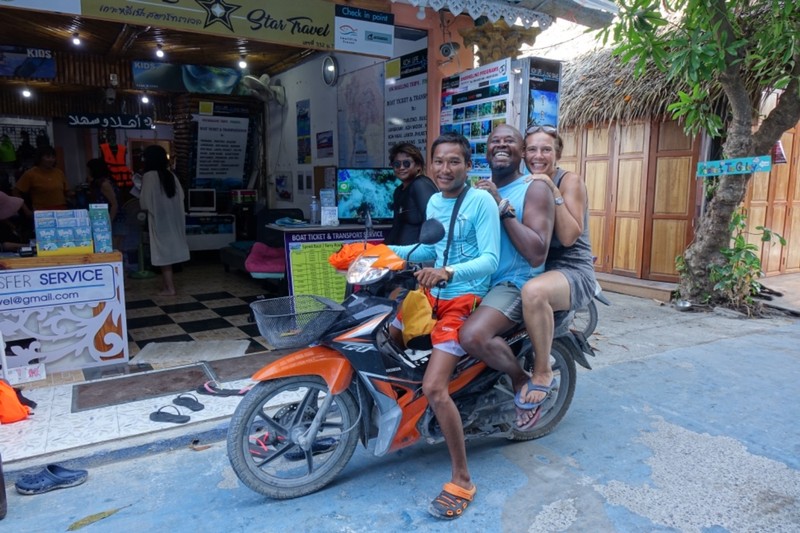 These were some of the islands we visited, and the beauty below 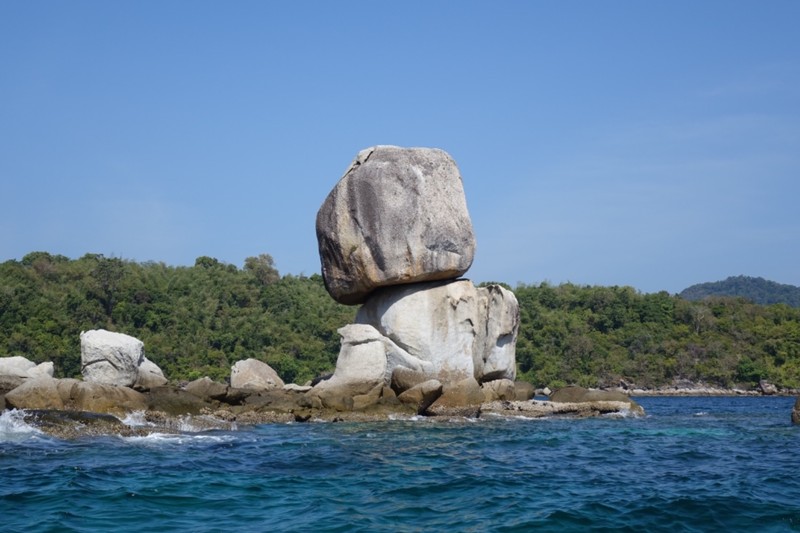 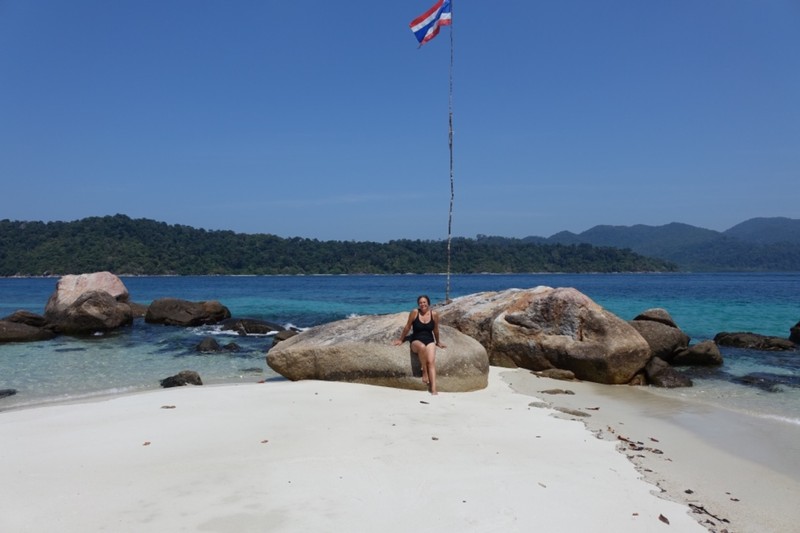 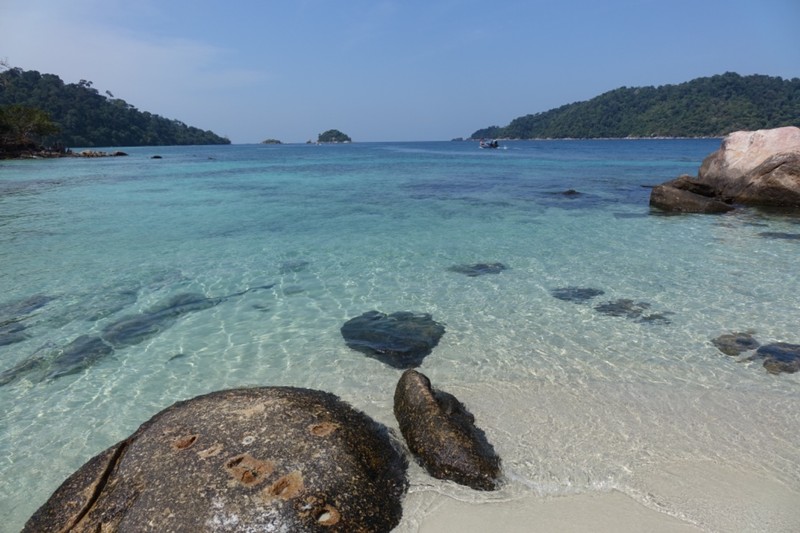 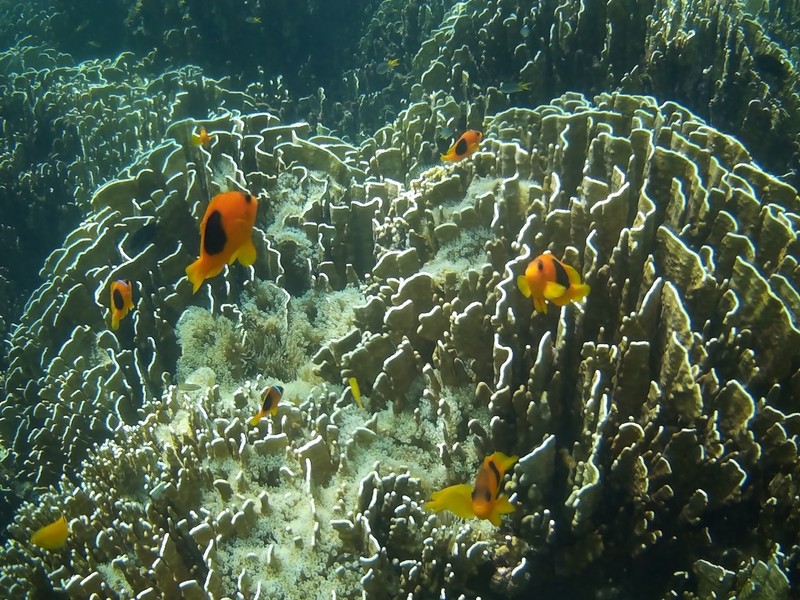 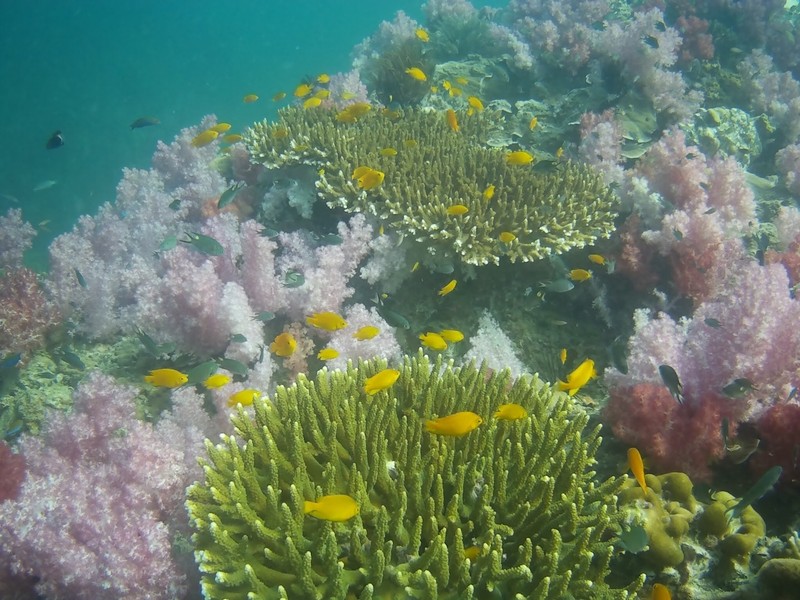 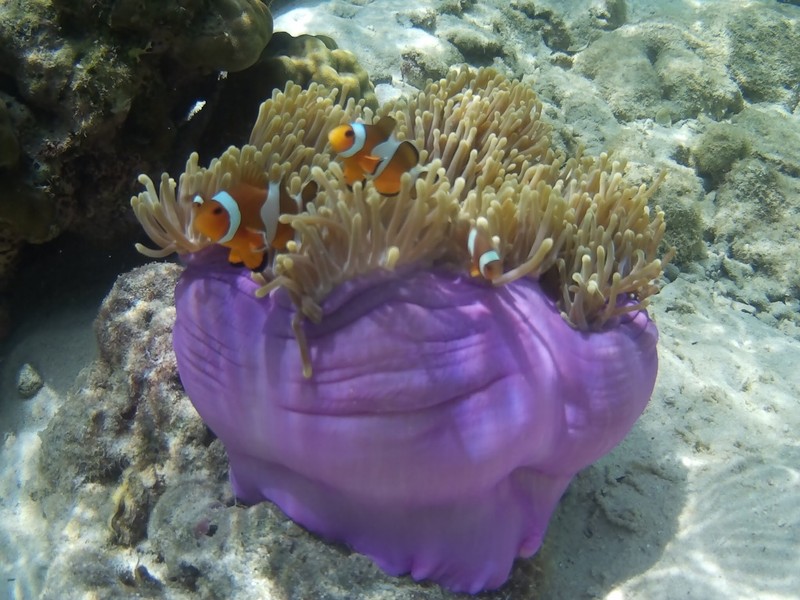 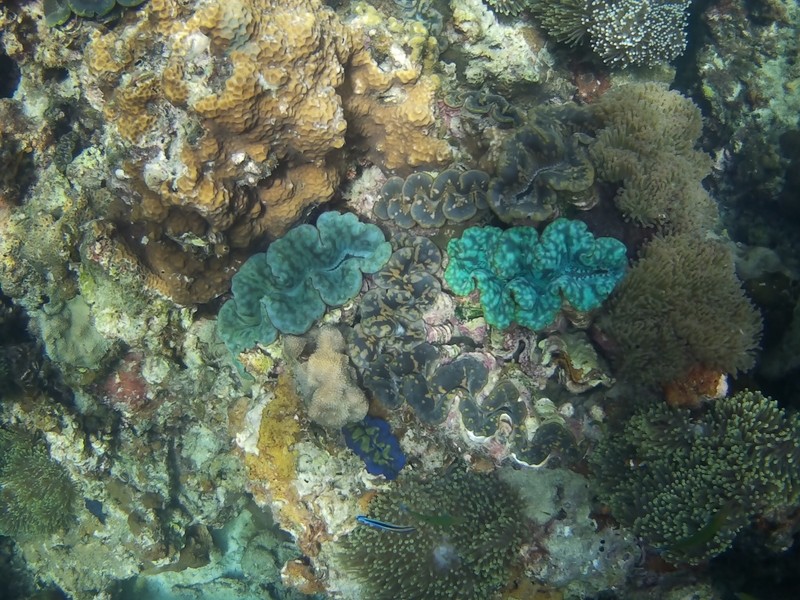 Koh Hin Ngam, famous for its black stones that should not be removed 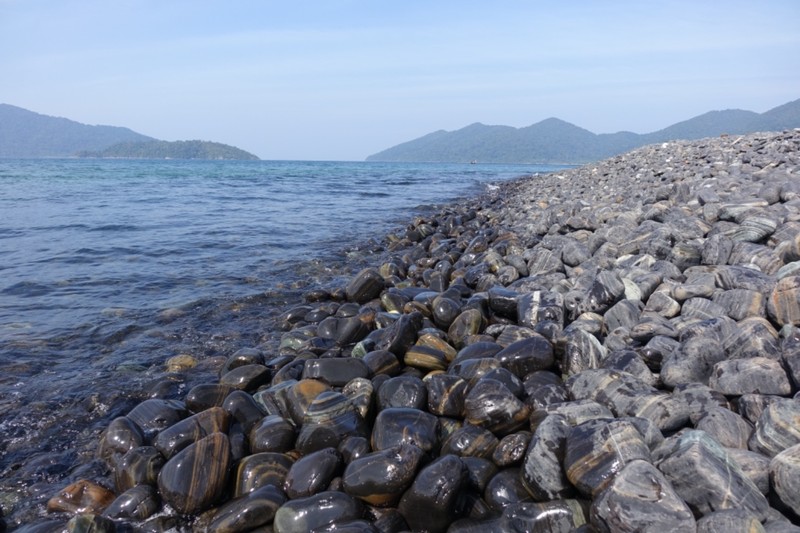 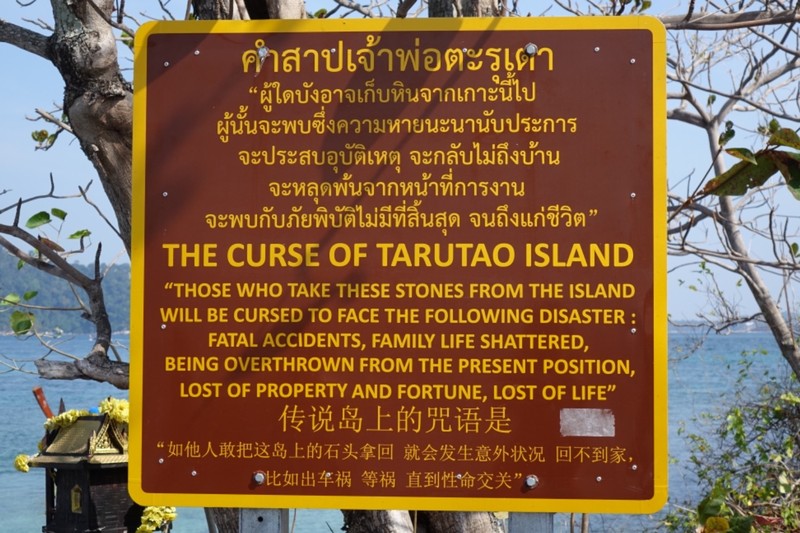 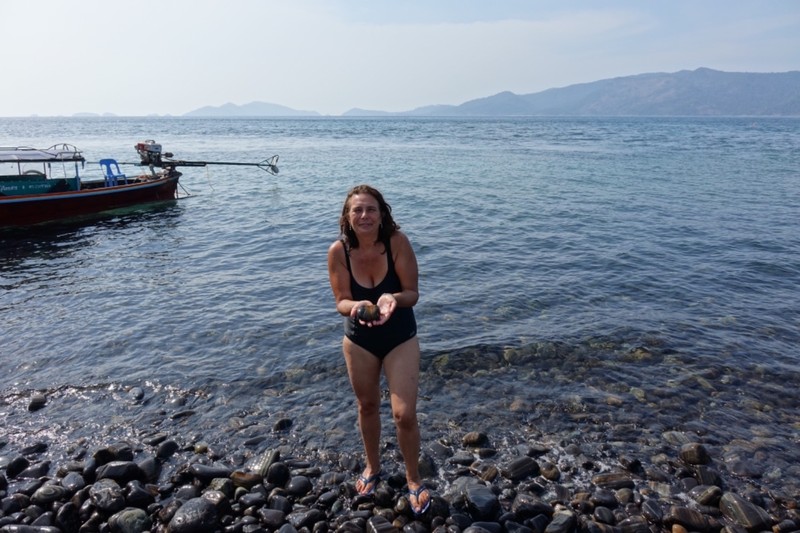 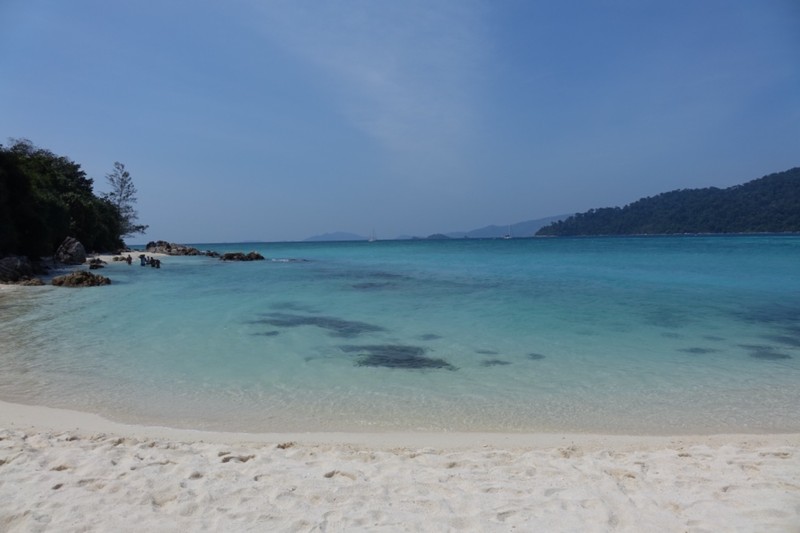 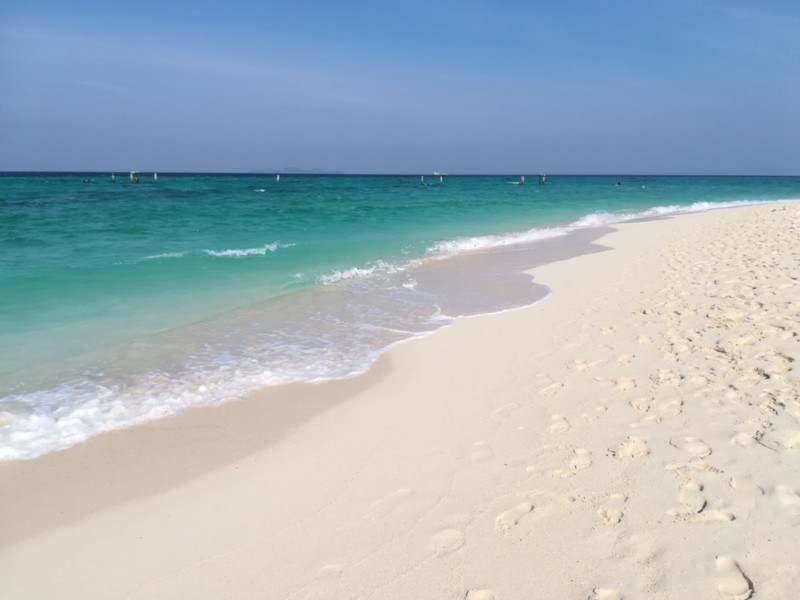 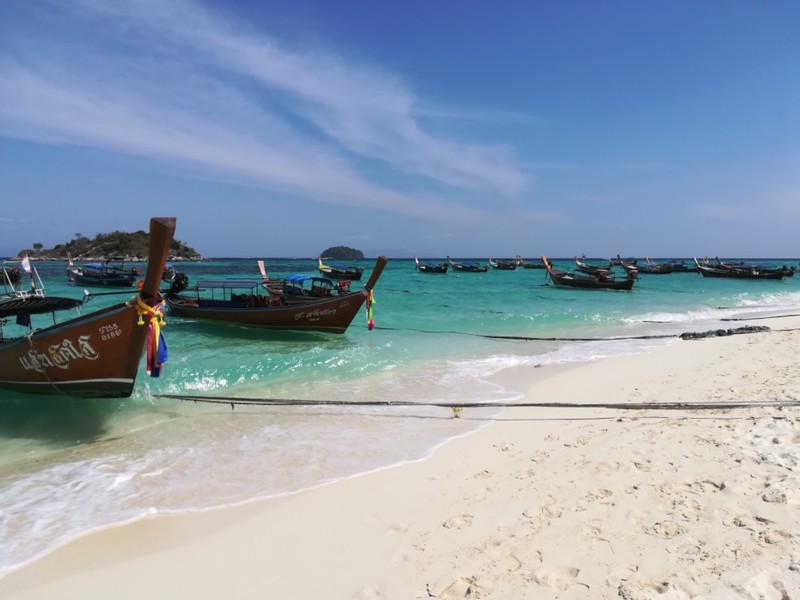 And this is it!! Tomorrow afternoon we are off to Langkawi for one night, as we are taking a flight to Singapore on the 27th. Then it is just four nights in Singapore, and this journey comes to an end.

Posted by Flav-Greg 03:25 Archived in Thailand

Previous Next Table of contents